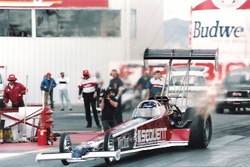 In June of 1995 after an eight year commitment to Wiltel/LDDS Worldcom and a two year sponsorship agreement with Sequent Computers the race team was closed. Since January 1996 Dallas Motorsports has focused 90% of its efforts on buying, selling, and remodeling used tractors and transporters, and selling new and used Motorcoaches, Toterhomes, and Trailers to the Motorsports industry.

Dallas Motorsports and Elite Motorsports are committed to providing the highest quality new & used equipment in the industry.